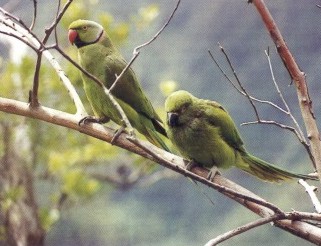 Echo Parakeet in flight; collage of eggs and chicks (PSUK)

AKJ 2018 - another interesting article on a working and successful conservation project, but updated current information would be welcome.