The thing that makes birds unique in the animal kingdom is not the power of flight - many mammals and most insects can fly, while some fish and reptiles can glide, and there are flightless birds - kiwi, penguins, the ostrich family (Ratites), and the well-known flightless parrot, the Kakapo. What is special is their feathers, and it is the variety of colour, structure, form and function of these unique coverings that makes birds so attractive. 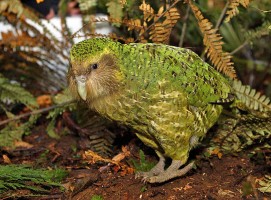 Feather colour is provided by a combination of pigments manufactured by the bird, and laid down in the growing feather in the follicle, such as psittacofulvins and melanin, as well as the structure of these remarkable appendages refracting and reflecting different wavelengths of light. Pigment colours are generally reds, yellows, browns and blacks, while structural colours are white and blue, as well as iridescent shades. Green may be produced by a combination of yellow and blue. Manufactured pigments require a number of dietary precursors. 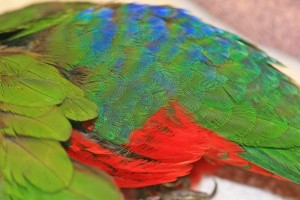 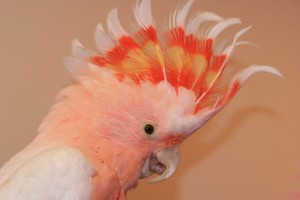 Since these features are such an amazing part of the attraction of birds - especially parrots - then anything that affects their health and appearance is of immediate concern to the bird keeper. The associated articles will address some of these problems. 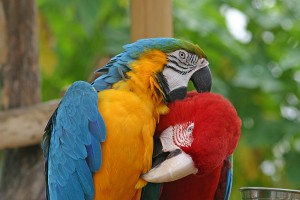